Elaine is a renowned food and travel writer and author of three books with a fourth on Yorkshire Food to be published late 2020. She was voted one of the top 50 food writers in the UK and a member of the Guild of Food Writers. She was formally the food and wine editor at Yorkshire Life and now writes for many publications including BBC Good Food, a food writer and restaurant reviewer at the Yorkshire Post for over twenty years and was with the New York Times Company for six writing online about British food with over 4.5 million page-views per month at its peak.

Elaine has been a judge on the White Rose Awards for eight years and also co-chairs the national Farm Shop and Deli Awards. She is a passionate supporter of all things Yorkshire and despite living and working in many countries around the world, always comes back to her beloved Yorkshire.

John Gallery owns and manages Great Potential (GP) and since 1999 has advised independent hotels and venues providing Marketing and Management Consultancy services, Mentoring, Sales, and Public Relations. John loves transforming hospitality businesses for the better. He does that with new ways to look at problems, and out-of-the-ordinary ideas you can implement without them costing the earth.

Before launching GP, 12 years at the helm of York’s popular Marriott hotel taught John many valuable lessons. Not just about how to run a highly successful hotel business, but how to stand out in the marketplace, spread your message effectively and recruit new custom. A past chairman of VisitYork, a voluntary city tour guide in historic York, chairman and activist of the Yorkshire chapter of the Tourism Society, lead for Research and Business Intelligence at the Business Visits & Events Partnership and chairman of Herriot Country Tourism Group, John is well-rehearsed in bringing ideas to life for newcomers and has a depth of understanding of the challenges in the tourism and hospitality sector. David Chairs the ‘Europarc Atlantic Isles’ section of the Europarc Federation.  He is the lead officer for the English NPAs on; Performance Improvement, Access issues and Europe.

He chaired the Prosperity & Protection Steering Group; A body which examined and reported on the economic value of the three National Parks in Yorkshire.

In his spare time he plays a lot of sport: football, tennis; running etc, though a series of broken bones and very dodgy knees are a sure sign that it's time to stop! Stephanie Moon is a Chef Consultant and gets to cook with many food and drink establishments across Yorkshire and beyond and has travelled the world with her job and has also twice been on BBC 2 Great British Menu.

Steph is passionate about the next generation of young chefs coming through and supports many youngsters with their development. She loves to showcase local suppliers in her food and is well known in the county’s food scene for promoting Yorkshire produce and is the proud winner of many awards including an Oliver for services in Food, Deliciouslyorkshire champion and a former Yorkshire life chef of the year.

He creates and advises on content, events and engagement for a variety of businesses, provides media training services and writes a weekly blog read by thousands of business people and senior decision makers.

A former Business Editor of the Yorkshire Post, he saw an opportunity to launch a new media venture and backed by investors created regional business news service TheBusinessDesk.com in November 2007, becoming one of the first 'digital disruptors' in the regional media.

He sold the business in 2013 and soon after was awarded an Honorary Masters Degree by Leeds Metropolitan University for his contribution to business in Yorkshire.

Ian Reed is Director of the Allied Forces Heritage Group based in UK and France, which advises organisations across Europe involved with history, commemorations and major national events. He was Director of the Yorkshire Air Museum & Allied Air Forces Memorial from 1999 until 2019 which won the White Rose Award for "The French in York" in 2012 and has previously worked across the Yorkshire Region in the water industry and in archaeological research. Dave Reilly is the owner of Yorebridge House in the heart of Wensleydale. Dave, and his wife Charlotte, transformed the former Headmaster’s House and School in 2008 into the multi award winning AA 5 star hotel and 3 rosette restaurant it is today. Winner of Visit England’s Small Hotel of Year in 2016 and 2018, alongside multiple national industry awards, Yorebridge House has proved itself a beacon of excellence within the industry. The hotel and restaurant has received national and international attention through its demonstration of innovation and exemplary standards and is renowned for setting the bar for the very best in customer service. David recently featured on The Boutique Hotelier Power List and has been the deserved winner of four White Rose Awards. Gillian Scotford and Jane Cooper are Joint Managing Directors of Access For All UK which provides access consultancy, training and business support services to clients in all sectors throughout the country. They are also co-founders of a unique, award-winning, accessible tourism charity: Accessible Derbyshire.

Gillian and Jane have six children between them, three of whom are disabled. It is they who have been the inspiration behind their charity and their business.

In addition to their access consultancy work, the pair are founder members of the England Inclusive Tourism Action Group and Honorary Executives In Residence at Sheffield Hallam University. They are also reviewers for the Rough Guide to Accessible Britain, have been given a special mention in ‘Lonely Planet’, have appeared on BBC Breakfast and last year, were one of only two organisations from the U.K. invited to speak at the World Summit on Accessible Tourism in Brussels.

In July 2017, Gillian and Jane initiated National Changing Places Day and, most recently, have established the National Network of Accessibility Champions.

Combining their professional expertise in training and development and healthcare with their first-hand experience of disability, their insight provides a unique contribution to the improvement of accessibility in the UK.

Elly Fiorentini is a Senior Journalist at BBC Radio York.  Throughout the pandemic she has been working on the BBC's Make A Difference - reporting on how independent businesses, volunteers and groups are supporting people across North Yorkshire during the crisis. She has presented every programme on the radio station and during that time has met and interviewed many people involved in the Hospitality Industry across Yorkshire.  This is her second year as a judge on the White Rose Awards. She comperes the Flavours of Herriot Awards and has presented and compered many hospitality and business events across North Yorkshire. Elly is passionate about good customer service. Her grandfather created Fiorentini’s ice cream which is still being made in Northern Ireland. Her passions are good food and drink, rugby union and horseracing. She is looking forward to judging the awards for the second time. Ros Walker is the founder of Ask Clout; a Yorkshire based marketing and PR consultancy with a long track record in tourism and hospitality. Ros is a VisitEngland Quality Assurance Assessor, working with the region’s attractions to enhance their visitors’ experience. Ros is also a passionate and engaging speaker/ trainer who brings an endless supply of practical tips and real-world examples to her talks and training courses. She is based in West Yorkshire and works throughout the North. 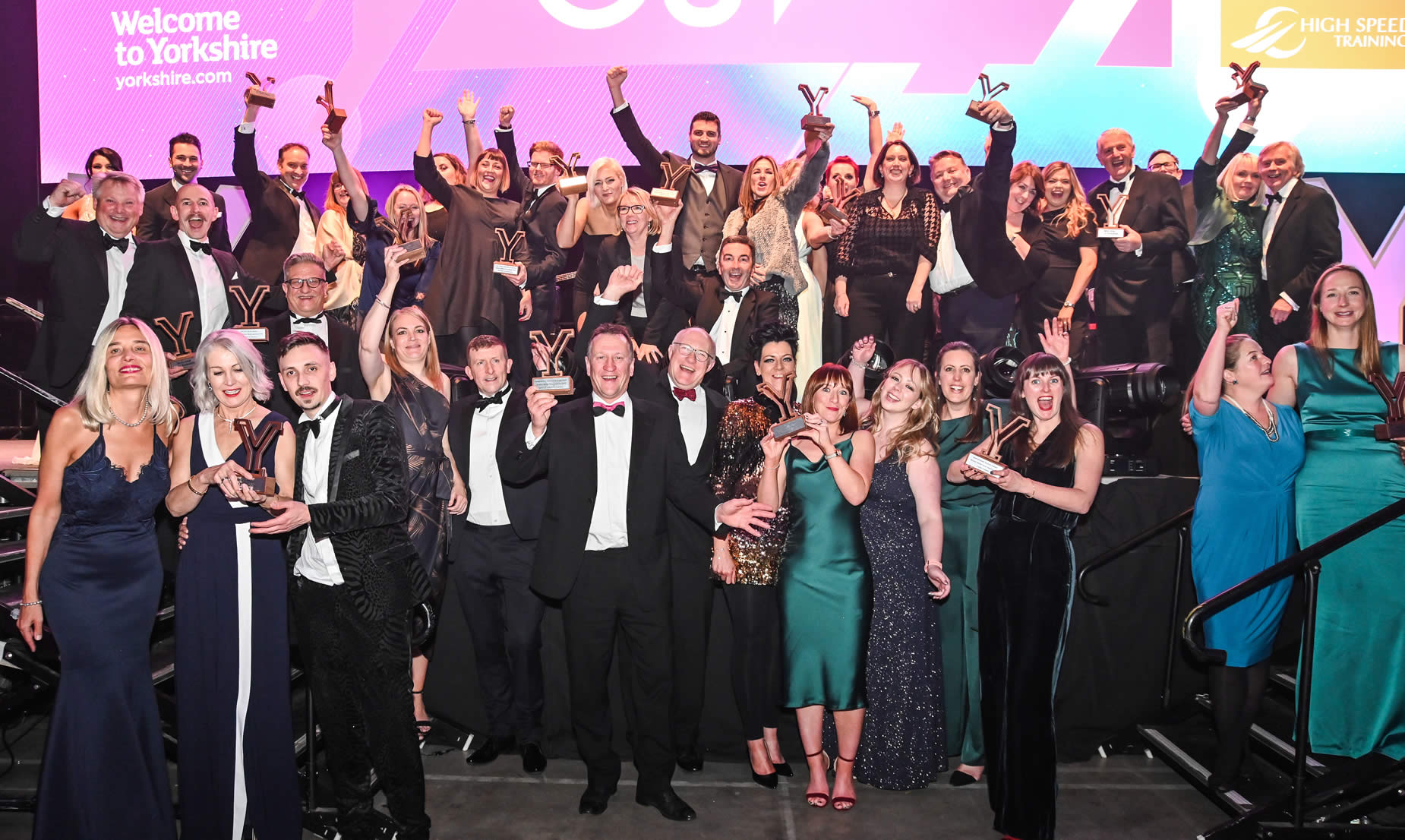